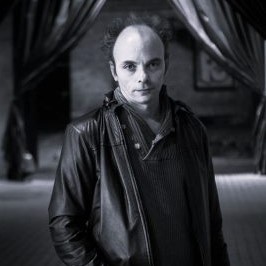 director. Trained at the Académie Fratellini, he was part of Les Oiseaux Fous with whom he travelled around Europe before founding his own company, Rital Brocante in 2018.

His high affinity for transmission and reflection led him to become artistic director of Flic Circus School in Torino between 2005 and 2011. Later he directed numerous community performances in Spain and founded the Festival Brocante held every summer since 2007 in his home region, which brings together around 200 established artists as well as young artists freshly graduated from Circus, dance, theatre and music. He worked as artistic director of La Central del Circ, and was the president of The Jury Members of Circus Next, a European platform for circus authors.

Roberto was part of the organisational team for such grand events as the Closing Ceremony of the Olympic Games, Torino 2006; Notte Bianca, Roma 2008; Opening ceremony of the European Gymnastics Games, Torino 2009; Opening show for the Festival Trapezi, Reus 2011; project “Pilzen – European Capital of Culture 2015”. He gives workshops and directs shows in Lithuania since 2014, including community projects for “Kaunas – European Capital of Culture 2022”.