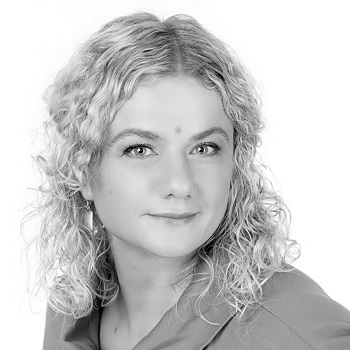 Born in Klaipėda, 1983, she finished the Vilnius University Institute of International Relations and Political Science in 2006. In 2008, Eglė received a master’s degree of business management and administration at the UNESCO Cultural Management and Cultural Policy department of Vilnius Academy of Arts. From 2006 to 2008, she acted as the programme manager and curator of exhibitions at the Lithuanian Photographers Association, while 2008-2009 saw Eglė being a coordinator of projects for visual art in the national programme Vilnius – European Capital Of Culture 2009. Since 2009, she’s a member of the council at the Lithuanian Photographers Association, organising and curating an international photography festival in Vilnius called In Focus from 2008 to 2011. In 2009, E. Deltuvaitė founded a public institution Kultūros Meniu that she also manages – the institution works with projects of visual arts, publishing and other cultural fields. She’s the Lithuanian manager of European Union programmes Kultūra since 2011 and Creative Europe since 2014. Eglė has also been an expert consultant of local and foreign foundations or programmes about cultural projects since 2008.