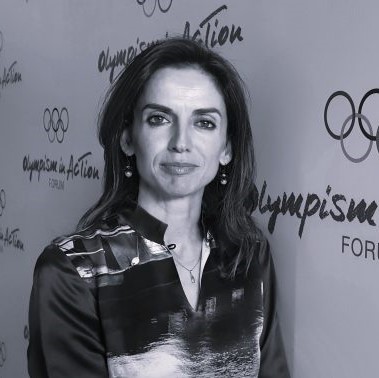 @ Associate Director at the Centre for Cultural Value, UK

Dr Beatriz Garcia is Senior Research Fellow in International Cultural Policy and Mega Events at the University of Liverpool and Associate Director at the Centre for Cultural Value. She is a member of the European Capital of Culture Selection Panel – nominated by the European Commission; and the Culture & Olympic Heritage Commission – nominated by the International Olympic Committee. Beatriz has been at the forefront of research on the rhetoric, impact and long-term legacy of culture-led regeneration interventions since 1999, directing international projects on major event hosting cities like London, Rio de Janeiro, Tokyo, Barcelona, Sydney and Liverpool.

She has conducted fieldwork on the cultural dimension of every edition of the Olympic Games since Sydney 2000; reviewed the success factors and legacies of all European Capitals of Culture (ECoC); directed the Impacts 08 programme, a pioneering longitudinal study on the socio-economic and cultural impacts of Liverpool as ECoC; and delivered the first nation-wide assessment of a Cultural Olympiad, focusing on the London 2012 Olympic Games.